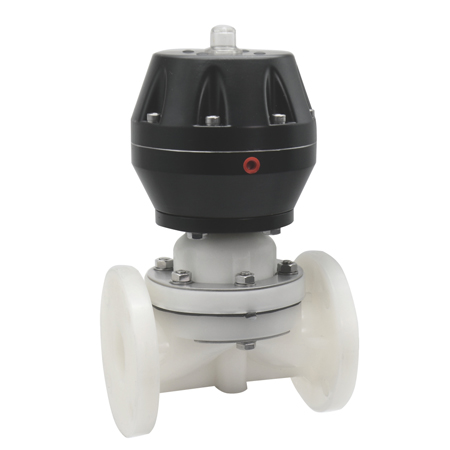 1 fluorine lined diaphragm valve and other valves the biggest difference is: the use of no stuffing box structure; Fluorine lined diaphragm valve diaphragm can make the corrosive medium in the flow channel and all driving parts in a state of complete isolation, thus eliminating the usual valve “run, run, drip, leak” and other abuses.
2. Because the flow channel of the diaphragm valve is smooth and the flow resistance is small, the larger flow can  obtain.
3. The body cavity of the fluorine lined diaphragm valve is lined with perfluorine F46. Therefore, it has superior corrosion resistance.
4. Because the seals are flexible tetrafluoron diaphragm. Therefore, it also has good sealing performance and minimum closing force.
5. The valve is composed of valve body, valve cover, valve disc, valve stem, diaphragm and other driving parts.
6. The opening and closing of the valve is achieve by rotating the handwheel. The upper end of the valve cover is mark with the display color of the opening or closing position of the valve to indicate the opening and closing stroke of the valve. When placed clockwise hand wheel, the hand wheel is down, the valve disc will drive the diaphragm down to truncate the access; On the contrary, the valve is open and the color is reveal.
7. The valve standard: according to the provisions of GB12239, and in line with BS5156 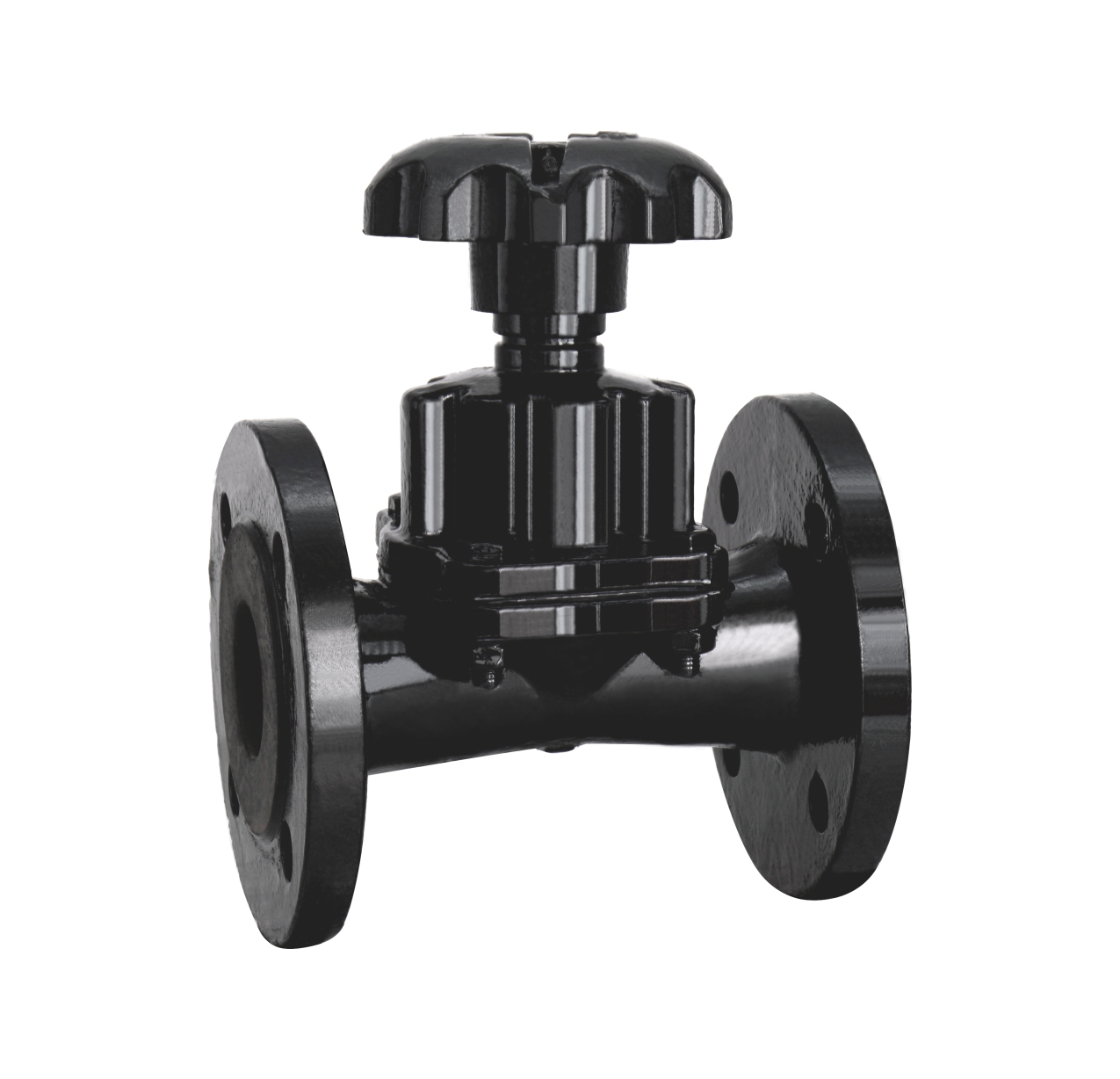