Diaphragm valve has simple structure, small fluid resistance, flow capacity is larger than other types of valves with the same specifications; No leakage, can be used for the adjustment of high viscosity and suspended particles medium. The diaphragm isolates the medium from the stem upper chamber, so there is no packing medium will not leak. However, due to the limitations of diaphragm and lining materials, pressure resistance and temperature resistance is poor, generally only suitable for 1.6MPa nominal pressure and 150℃ below.

The flow characteristic of diaphragm valve is close to the fast opening characteristic, which is approximately linear before 60% stroke, and the flow rate is little changed after 60%. Pneumatic diaphragm valves can also be equipped with feedback signals, limiter and positioner devices, in order to meet the needs of automatic control, program control or flow regulation. Pneumatic diaphragm valve feedback signal using contactless sensing technology. The product uses film propulsion cylinder, instead of piston cylinder, to eliminate the piston ring is easy to damage, resulting in leakage and can not push the valve opening and closing disadvantages. When the air source failure, still can operate the hand wheel to open and close the valve.

The sealing principle of diaphragm valve depends on the downward movement of the operating mechanism to press down the diaphragm or diaphragm assembly and the weir lining valve body or straight lining valve body channel close, so as to achieve the seal. The specific pressure of sealing depends on the downward pressure of the closing parts to achieve. Because the valve body can be lined with a variety of soft materials, such as rubber or PTFE; Diaphragm is also made of soft materials, such as rubber or synthetic rubber lining of teflon, so with less sealing force can achieve a complete seal.

Pneumatic diaphragm valve is suitable for what occasions: 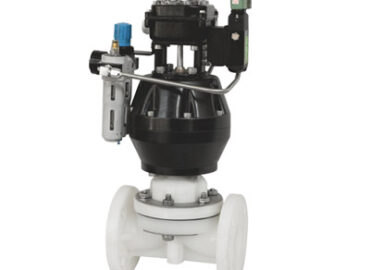 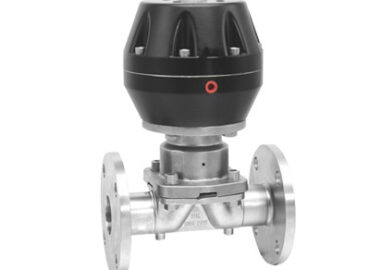 Classification and selection of diaphragm valves.